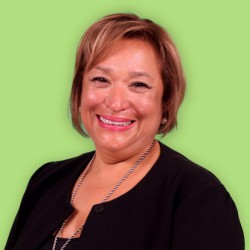 The forex industry is one of the world’s most high pressure ways of making money. However, the forex industry is full of interesting and fascinating facts, and finding out about them is a great way to relax. Here are 10 fun facts you probably don’t know about the foreign-exchange markets.

The worst currency inflation ever

We think that exchange rates just move a little, but not if you lived in Zimbabwe in 2008. The currency inflation rate was the worst in history, coming in at around 6.56 sextillion percent. Hopefully, you weren’t long on the currency.

How many cars could you buy with a single day’s global forex trading volume?

Every day, about $5.3 trillion are traded on forex markets. With that sort of money, you could afford to buy a decent car for every family in America – and still have enough to buy each of them another one.

You might think that the US is the center of forex trading, but you’d be wrong. 41% of all forex transactions happen in the UK, whereas only 19% happen in the US. The rest of the world only accounts for 40%.

We all want to make profits on the forex market, but most of us aren’t good at it. According to recent research, 99.6% of retail traders can’t string together four profitable quarters in a row.

GBP/USD is known as the cable

Back before fiber optics and satellites, stock exchanges in London and New York communicated by a long steel cable under the Atlantic. Because of this, GBP/USD is still called the ‘cable’ today.

Despite Germany being a relatively small forex market, Deutsche Bank is the largest single global forex player, with a 14.6% market share. Citi is close behind at 12.3%, while Barclays comes in at 11%. Overall, the top 10 forex player’s account for 80% of the forex market.

The modern forex market started in 1973

While forex trading dates back a long time, modern forex trading only started in 1973. This is the time when the post-WWII Bretton Woods agreement broke down, ending controlled exchange rates and beginning an era of floating currencies.

Before 1908, US banks could print their own money

The US Federal Reserve only came into existence in 1908. Before that, any US bank could issue their own money. Talk about lack of control over fiscal policy.

While we think of currency markets as a relatively new invention, money changers were first mentioned in the Talmud, which dates back to biblical times. The money changers charged a commission, of course.

Although the US dollar is by far the largest currency traded today, back in the early 20th century, the UK pound took pride of place. Almost half of global forex trading involved the pound sterling in 1913.