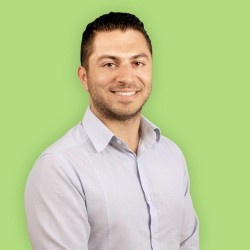 The recent Brussels terrorist attacks is just one of the many reasons a British citizen might consider voting to leave the EU during the June 23 referendum. A question for investors is what effect will a “yes” or “no” vote have on the forex market, and how those changes will alter the growth trajectory of the European economy.

For the EU, it feels like they have been here before, with Eurozone spreads expanding amid difficult talks over Britain and Greece. This scenario is generating risk aversion in the capital markets. While it is important to keep the EU together to enhance the performance of the European economy, a stronger currency is not what the European Central Bank desires. In fact, if the Euro behaves like the Yen has in the past, a Brexit might cause the Euro to strengthen further punishing Eurozone economies.

As European yields widen, stock market prices will increasingly come under pressure. The euro remains stubbornly high against most major currencies despite a dovish ECB. The latest monetary policy package has yet to have the desired effect as yields in the periphery have expanded relative to Bunds. What the last year has also shown is that heightened monetary policy may not be the answer, and officials might need to find an alternative approach towards stabilizing the capital markets.

The EUR/GBP currency pair has also climbed to a 2-year high despite a hawkish to neutral stance by the Bank of England. In its latest meeting the BOE maintained a bank rate at 0.5% and the decision was taken unanimously to maintain the asset purchase program at GBP 375 billion. The inflation report from February cut the inflation forecasts with the headline CPI rate reaching just 1.1% in 2019.

Still, while the BoE noted that inflation remains well below the 2% target, it argued that inflation is transitory and the decline is predominantly due to large drags from energy and food prices, which are expected to fade. The central bank argued that balancing the drag from external factors against increases in domestic cost growth would generate a rapid acceleration in domestic costs. So the target for the BOE continues to be to bring down the headline inflation rate back to 2% in two years’ time.

The statement itself doesn’t suggest major changes to the Bank of England’s assessment and still notes that inflation expectations appear well anchored. While domestic cost growth is currently too low to push up inflation towards the target, it is expected to pick up over time.

The minutes showed that the detailed discussion of the recent decline in Sterling highlighted that a large proportion of the depreciation had been driven by uncertainty surrounding the referendum on U.K. membership of the European Union. At the same time the Committee noted that asset prices were not affected, but stressed that it will monitor the impact of the referendum.

Overall the discussion of risks highlights that a potential Brexit following the referendum on U.K. membership of the EU. The main-take away is that the implicit tightening bias was left in place and that the overall assessment was not significantly more dovish on the overall growth or inflation outlook. The uncertainty surrounding the referendum on EU membership is having an impact, but not sufficient to prompt any immediate reaction from the BoE. The BoE appears to be on hold 2016 and there was no explicit discussion about the possible effects of referendum outcomes.

Concerns in the EU have seen the German 10-year yields fall again, but that clearly isn’t the ECB’s aim. Rather the focus remains on the crisis and high debt countries with the central bank’s policy clearly designed to try and prevent yields in the periphery from rising, despite debt levels that look rather worrying. However, during past periods of heightened tension high yields in the periphery were matched by high inflation rates, which means indebted governments and consumers could inflate their way out of debt. This is no longer the case.
While Italian, Spanish and Portuguese yields are still considerably lower than just three months ago, the sharp rise in peripheral yields and widening of spreads over the past week highlights just how vulnerable the Eurozone still remains to speculative attacks and a loss in confidence. A Brexit might only exacerbate the problem.