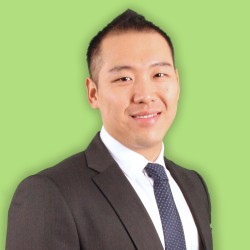 Brexit negotiations continue and with Prime Minister Theresa May on vacation, Chancellor Philip Hammond took it upon himself to call for a transition period for the United Kingdom’s immigration rules after the country formally exits the European Union (EU) in March 2019. This transition period would give businesses and individuals time to adjust to the U.K.’s new immigration framework.

The pan-European project is held together by common social and economic norms – chief among them being the free flow of citizens across EU borders. Once the U.K. leaves the EU, the free movement of citizens to and from the country is expected to end. After all, the Brexit platform was largely driven by the need to retake full control of Britain’s borders.

Hammond’s call for a transition phase stems from his broader objective to avoid a “cliff edge” drop in skilled workers after the Brexit vote. The EU framework has allowed British businesses to source top talent from across the continent. Europhiles say that moving away from EU migration norms could put Britain in a difficult spot with respect to skilled labour.

Businesses are certainly feeling the Brexit risk. British multinational bank Barclays recently signed a 20-year lease agreement for more office space in Dublin, Ireland in preparation for the March 2019 exit.  The agreement covers 3,437 square metres, which amounts to €2.35 million per year in rent. The bank also indicated that it is in talks with regulators about extending its business in Dublin.

Analysts say Dublin, Ireland and Frankfurt, Germany are emerging as the top choices for regional banks to relocate some of their London offices ahead of Brexit.[1]

Hammond, who campaigned against Brexit last year, maintains that “Many things would look similar” the day after his country left the EU.[2]

In reality, nobody knows for sure when that day will come or what form the new trade agreement will take. Although the divorce guidelines stipulate that both sides have two years to reach a new trade agreement, the negotiation period may be extended. Of course, any extension would require approval from all EU member states.

On Thursday, the Bank of England (BOE) held monetary policy in check in a decision that was widely expected by investors. Only two members of the Monetary Policy Committee voted to raise interest rates. That’s one fewer than the June policy decision, which underscored deep divisions within the BOE.