Fin-Tech and the Future of Trading 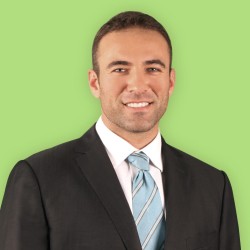 From the desk of Nicolas Shamtanis, easyMarkets.

Advances in information technology have long played a vital role in the financial sector. In the 21st century, the rise of disruptive technologies has given birth to a new generation of Fin-Tech, which describes the growing integration between emerging IT and traditional financial services. While Fin-Tech has been well documented in the mobile banking, payments and lending arenas, it is also sweeping through the retail trading segment in the forms of artificial intelligence, big data analytics and machine learning.

The financial markets are all about identifying patterns that may help you make more informed investment decisions. As industry exports rightly note, some patterns aren’t easy for the human mind to grasp. That’s where emerging technologies such as AI and big data come into play.

Hedge funds have long been experimenting with Artificial Intelligence to gain an edge in an increasingly volatile market. Now, these trends are beginning to trickle down to retail traders in the form of robo-advisors, which promise lower fees than your typical fund manager.

Big data analytics – the ability to derive business and investment decisions from voluminous data sets – is also impacting the investing world. The ever-expanding capabilities of computers has allowed traders to feed big data into automated programs, algorithms and statistical models. These programs quickly analyze historical market patterns and real-time news, enabling traders to derive possible profitable trades. While such capabilities are typically beyond the reach of individual day traders, we are beginning to see an uptake in AI and predictive analytics in the market for exchange-traded funds (ETFs). Day traders involved in forex, stock indexes and commodities can also tap into big data analytics via several reasonably priced applications.

Traders may begin to appreciate the power of big data analytics by reflecting on just how much data gets produced each day in the market. According to a recent study, the New York Stock Exchange alone generates 1 terabyte of new data on a daily basis. The same study also found that 92% of global data traffic is driven by 2.5 quintillion bytes of new data created every data.[1] Somewhere in there is a great investment decision. That’s where emerging technology comes in handy.

In reality, computer-assisted trading is nothing new. What makes the recent explosion in Fin-Tech so special is the increase in sophistication of such trading tools. In 2016, this means intelligent software that can not only analyze the market, but adapt to evolving market conditions without guidance from human beings.[2]

As the evolution of Fin-Tech continues, investors, hedge funds and retail traders may stand to profit from new ways of looking at data. All the hype surrounding AI and big data appears to be finally trickling down to the average user. There’s certainly no time like the present to be trading the financial markets!

[2] Georgia McCafferty (May 4, 2015). “Artificial intelligence is the next big thing for hedge funds seeking an edge.” Quartz.