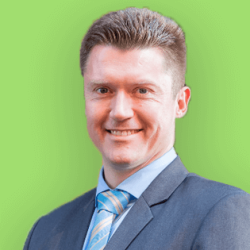 Australia is facing a Catch 22 situation, with stagnant wages on one hand and businesses feeling cost pressures on the other. The silver lining is that the economy is advancing, although gradually, and recent comments by RBA chief Philip Lowe inspire hope. The market eagerly awaits release of the upcoming indicators to lend support to this optimism.

Australia’s trade surplus unexpectedly shrunk 48% to A$0.46 billion in July, falling significantly short of the estimate of A$0.88 billion. Excluding April, the July figure is the smallest trade surplus reported by Australia in 2017. The nation’s trade surplus had reached a record high of A$4.56 billion in December of 2016.

Australia’s business confidence plummeted to 5 in August, after having surged to 12 in July. Growing concerns around cost pressures, government policy and consumer demand were cited as reasons for the hit in business confidence. The August data missed expectations of a reading of 9. The market consensus calls for an improvement to 7 in September.

China’s trade surplus narrowed again in August to US$41.99 billion, from US$46.74 billion in July and missed expectations of a US$46.60 billion surplus. The August figure represented the smallest trade surplus since May. This was despite growth in the trade surplus with the US, which is China’s largest export market. The market consensus calls for an expansion of the Asian nation’s trade surplus to US$48 billion in September. Meanwhile, retail sales in the US fell unexpectedly in August, down 2% month-on-month, versus expectations of a 0.1% rise. Estimates call for 0.28% growth in September.

China’s inflation rate came in at 1.8% in August, following 1.4% reported in July. The August figure marked the highest inflation rate since January and was ahead of market expectations of 1.6%. Expectations are for the rate to fall to 1.4% in September.

The UK inflation rate stood at 2.9% in August, higher than the market estimates of 2.8% and the 2.6% rate reported in the previous month. The market consensus calls for a decline to 2.35% in September.

New Zealand’s inflation rate came in at 0% in Q2, indicating no sequential change in consumer prices in the quarter. Expectations are for the inflation rate to rise to 0.29% in Q3. Meanwhile, the UK unemployment rate declined to 4.3% in the May to July period, from 4.6% in the February to April period, marking the lowest jobless rate since 1975. The market expects UK’s unemployment rate to rise to 4.4% in the three months to August.

Australia added 54,200 jobs in August, representing a meaningful increase from the 27,900 figure reported in July and handsomely beating market estimates. The unemployment rate came in at 5.6% in August, the same as in July and in-line with forecasts. Expectations are for job adds to come in at 23,800 in September, with the unemployment rate declining slightly to 5.6%.

The Chinese economy grew 1.7% sequentially in the second quarter, in-line with expectations. The year-on-year growth came in at 6.9%, beating the market estimate of 6.8%. This marked the strongest growth in the Chinese economy since the third quarter of 2015 and was higher than the government’s projection of 6.5% for 2017. The market consensus for Q3 are at 1.4% sequential and 6.7% year-on-year growth.

Economic and Financial Outlook for Australia 2016