Most Profitable Trades of 2017 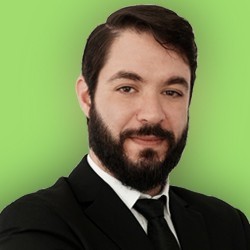 2017 has been an interesting year for the financial markets. Stocks in the developed countries have broken records, currencies that lagged in the previous year jumped, and commodities are in recovery mode. All this has happened while volatility has remained at a record low.

In this article, I will look at some of the best trades for the year.

In the coming year, traders will watch out for the performance of these currencies. This week, CBOE started issuing Bitcoin futures and South Korea started exploring lifting its ban on cryptocurrencies.

Some commentators have called these cryptos a bubble which will burst. Others have made higher projections. For example, Social Capital’s CEO – one of the top venture capitalists – has forecasted that bitcoin could reach $1 million by 2020.

Palladium is hardly talked about. Yet, it is the best performing metal this year. It has gained by about 43%. For starters, palladium is a metal similar to platinum. It is mostly mined in South Africa and Russia. Its dense quality makes it ideal for catalytic reactions in the vehicle manufacturing. Its rise is attributed to its cheap price compared to platinum which is currently $889 per ounce.

In the coming year, palladium price could fall for two reasons. First, now that it is expensive, manufacturers could move from palladium to platinum which is currently cheaper. Second, the overall demand could reduce as vehicle manufacturers move to electric vehicles.

Copper has been a big winner too. This year, its price has moved up by more than 20% buoyed by the demand from vehicle manufacturers. Electric vehicles require ten times the amount of copper than combustion engine vehicles.

Other commodities that have gained this year are Gold and Nickel. Commodities like Coffee, Cotton, and Silver have dropped.

The pound has also gained significantly against the dollar. It has moved from1.2497 to the current 1.3347 with Brexit and local politics taking toll.

Among the largest economies, the dollar has been a major loser. The dollar index has lost more than 8%.

A common disclaimer in finance is that past performance is not always an indicator of what will happen in future. An interesting strategy many people have used is to buy the top underperformers and short the outperformers. This time, it could work but there are chances that it might not.