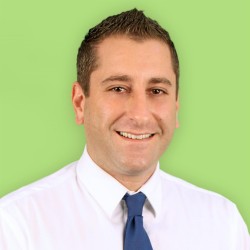 What do Warren Buffett, George Soros and Carl Icahn have in common? They were Great Depression-era babies who went on to become the most successful traders of all time. With a combined net worth of more than $100 billion, these self-made investing pioneers have redefined what’s possible in the world of financial trading. Although all three had very different approaches to making their billions, they each did five important things that made them successful.

There are a lot of ways to lose money in the financial markets. Guys like Buffett, Soros and Icahn know this, so they do whatever it takes to control the downside. They identify quickly when they’ve entered a bad position and have learned to take the losses in the rare circumstances that they do occur. In the world of trading, defense plays an important role in preserving profits and trading capital.

“I’m more concerned about controlling the downside. Learn to take the losses. The most important thing about making money is not to let your losses get out of hand.”
– Marty Schwartz

George Soros has stated many times that his first goal in investing is to survive, and has demonstrated this many times by quickly exiting bad trades. Widely regarded as one of the best forex traders of all time, Soros made billions betting against the British pound. Although many speculators described Soros’ shorting of the pound as risky, a closer look at the fundamentals clearly shows that his risk was very calculated.
Successful traders are great at identifying opportunities because they understand the market. They’re also humble enough to realize quickly when they’ve made a bad decision and hastily back away when the market goes against them.

There’s a reason why stock prices go up when investors find out that Carl Icahn holds a stake in a company. Successful traders don’t follow the herd and for that reason are far less susceptible to market crashes. Their ability to assess the market for what it is and take a position accordingly sets them apart from pack. Someone like Carl Icahn doesn’t spend a lot of time talking about what he’s buying or selling .He just does it and you don’t hear about it until well after the fact.

4. Concentrate on one or a few areas of the market

“The stock market is filled with individuals who know the price of everything, but the value of nothing.”
– Phillip Fisher

George Soros is known for trading currencies. Warren Buffett and Carl Icahn are stock tycoons. Although top traders can certainly succeed in any market, they tend to concentrate on a particular market or follow a certain set of guidelines. Buffett is widely regarded as a value investor and has followed basically the same approach to buying and selling securities for most of his career.

5. Students of the game

“Don’t be a hero. Don’t have an ego. Always question yourself and your ability…”
– Paul Tudor Jones II

Is it really any surprise that the world’s most successful investors are also the most studious? This doesn’t necessarily mean book-smart, but rather a genuine willingness to learn as much as they can about the market. Highly successful traders always do their homework, whether it’s reading about securities, analyzing the markets or spending countless hours doing research.

There really are no “secrets” to becoming a great trader. Studying the market, minimizing risks, preserving capital and being a thought-leader are things all traders should be doing anyway. Warren Buffett, George Soros and Carl Icahn have simply done these things far better than anyone else.