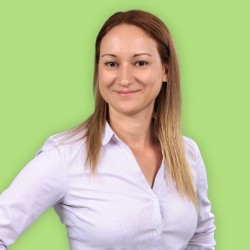 Following last summer’s Brexit vote, the Bank of England (BOE) warned that ultra-loose monetary policy may cause inflation to overshoot its official 2% target. That warning has materialized in recent months as inflation reached multiyear highs.

Last month, the Office for National Statistics revealed that the UK CPI (consumer price index) rose to an annualized 2.7% in April, up from 2.3% the previous month. That was the highest since September 2013.

The effect of inflation on UK CPI

So-called core inflation, which strips away volatile food and energy prices, rose 24% year-over-year. That’s an increase from 1.8% the previous month and the biggest annual gain since March 2013.

The Office for National Statistics (ONS) said air fares were the biggest cause of the increase, likely due to the Easter holiday.[1]

Back in October, the BOE forecast the biggest inflation overshoot since 1997, something policymakers were willing to tolerate in the wake of Brexit. The central bank said it expects inflation to peak at 2.8% in early 2018,[2] although April data suggest it could go higher than that. Some analysts say inflation may peak as high as 3.2% in the final quarter of the year.

The effect of Brexit on UK CPI

The 2016 Brexit vote triggered widespread concern about the imminent fate of the British economy. The uncertainty compelled the BOE to slash interest rates to new lows and increase the size of its quantitative easing program. These were the first easing measures adopted since 2009, when the British economy was reeling from the financial crisis.

Analysts say the central bank is unlikely to raise interest rates before 2019, which means higher inflation is a mainstay for now.

Although the British pound has rallied in recent weeks, its gains have been largely attributed to a weaker U.S. dollar. But as the Federal Reserve continues to hike rates, dollar weakness isn’t something to be taken for granted. This suggests the pound may still face resistance climbing to new highs. Cable briefly traded above 1.30 in May for the first time since September of last year.

The British pound will be highly sensitive to Tuesday’s release. The currency has been in a general uptrend since early May, but has struggled to find consistency above the psychological 1.30 level.

Week Ahead: A Look at the Biggest News Expected This Week

Important Economic Indicators You Should Always Focus On